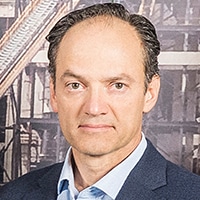 Born in 1964, José Alejandro is a Civil Engineer from the University of Texas at Austin and has a Specialization in Corporate Finances from EAFIT University. He is a Founding Partner and has been the Director of SBI Banca de Inversión S.A. for more than 20 years. Since 2009, he was a member of the Inversiones Conconcreto Board and later entered Constructora Conconcreto S. A., when the merger of the two companies occurred. He is a member of other Boards, such as West Química S.A. and Inmel S.A.S.

- Political or Publicly Exposed Condition: NO

- Member of the Corporate Governance Committee

For Conconcreto it is very important to know the opinion of our shareholders, analysts and the general public. If you have any comments, opinions, suggestions or want to know more about our services for Investors, send us a message using the contact form below:

RELATIONSHIP
WITH THE INVESTOR

what makes us different